We are at full capacity off site during the COVID-19 pandemic. Call us at (844) LAW-TALK or text us at (205) 670-1949.
When you're at your worst, we are at our best standing up for those that need it the most. Call For a Free Consultation
Verdicts & Settlements
$81,500,000 Fraud Verdict
$22 Million Drug Case
$17 Million Commercial Award
$7 Million Medical Implant
$4 Million Truck Accident
$3.5 Million Wrongful Death
$3 Million Pool Drowning
$3 Million Motorcycle Accident
$1.7 Million Wrongful Death
$1.5 Million Truck Accident
$1.4 Million Car Accident
Home
Attorney Profiles
Tyler C. Vail 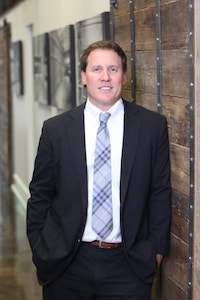 Since joining Hollis Wright, Tyler Vail has developed one of the top mass tort departments in the state. With Tyler at the helm, this section of the firm has successfully resolved claims for thousands of clients. During his career, Tyler has represented clients from all over the world in courtrooms throughout the United States. Additionally, he has worked on and held leadership positions in some of the largest mass tort cases in the last two decades. His most recent appointment is on the New Jersey In Re: Stryker Rejuvenate & ABG II Modular Hip Implant Litigation, which resulted in a phase 1 settlement of more than $2 billion. 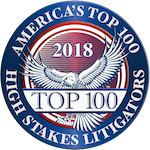 Tyler's servant's heart and willingness to help others is his driving force in his success in pharmaceutical and drug litigation, personal injury, class action and environmental contamination cases, as well as in other types of mass tort work. Tyler has been recognized for his achievements in numerous magazines and award publications and has been given the highest possible rating of AV Preeminent by Martindale Hubble.

When not working for his clients, Tyler and his wife Deanne are busy raising their four boys in Homewood, Alabama, where they are members of Dawson Baptist Church. While practicing law is one of Tyler's greatest joys, his most satisfying accomplishments are rooted in his passion for coaching little league sports. He currently serves as chairman on the Homewood Parks and Recreation Board.